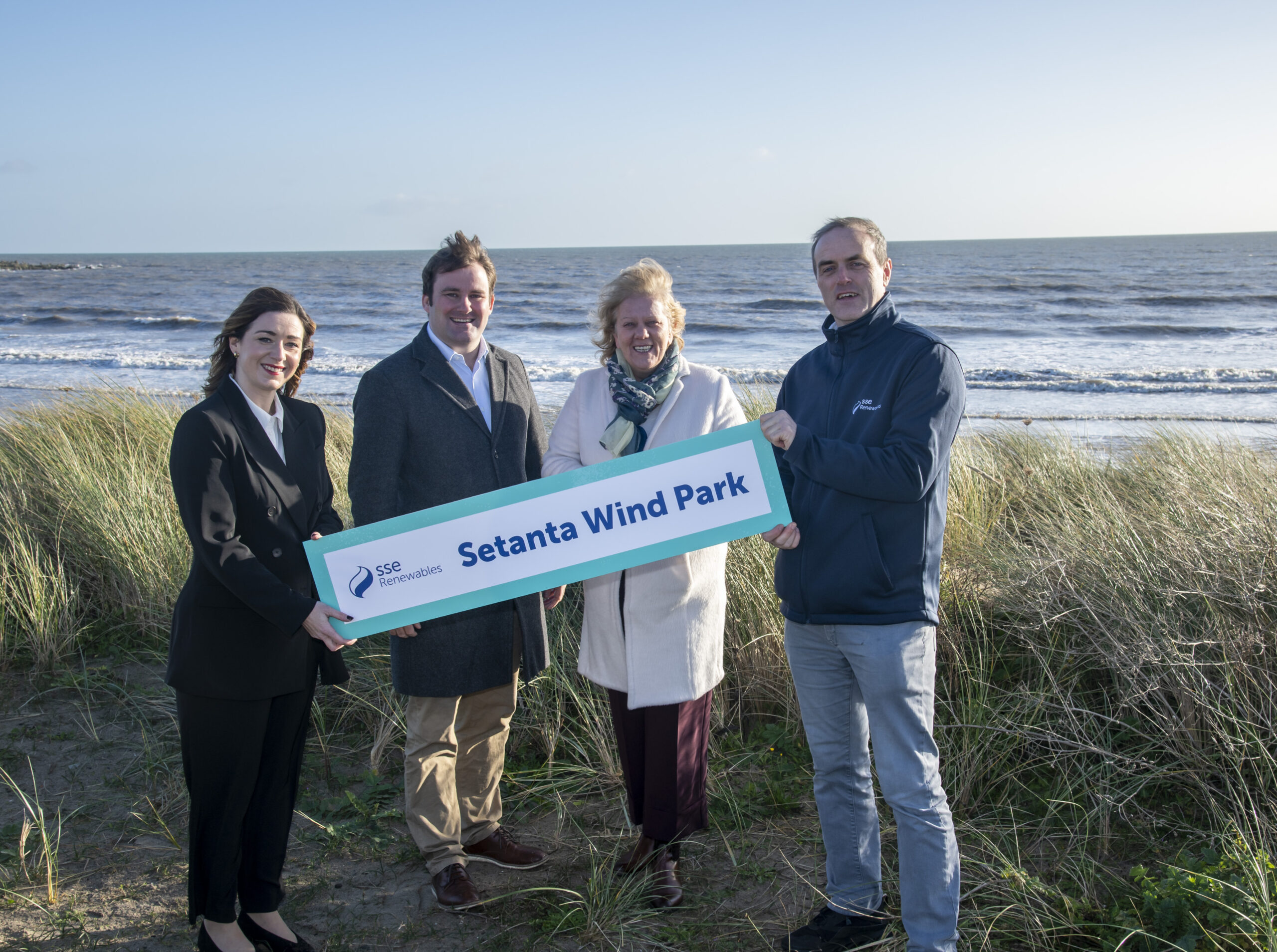 28th November 2022: SSE Renewables has today (28th November) announced that it will rebrand Braymore Wind Park as Setanta Wind Park. This follows a public consultation with local communities in Louth, Meath and North Dublin earlier this year. The new name will better reflect the region in which the project is situated, while highlighting local folklore and history.

The feedback, that was received during the public consultation for the proposed wind park earlier this year, found that the existing name was not identifiable with the wider communities that the wind park covered.

The name Setanta was the given name of one of the great champions of the ancient Irish sagas, Cú Chulainn who dominates as a giant of Irish mythology including in the series of epic tales collectively known as The Ulster Cycle. Setanta was the name used until he was bestowed with the warrior badge-of-honour title Cú Chulainn. The battles, skirmishes and scrapes in the closing sections of the Táin, as the poem/saga is usually more briefly referred to, took place in the present-day counties of Meath and Louth. In fact, most of the action took place between present-day Drogheda and Dundalk, overlooking the section of sea in which Setanta Wind Park will be situated.

The proposed Setanta Wind Park site is situated off the northeast coast of Ireland in the Irish Sea between Dunany Point in County Louth at its most northern point and Braymore Point in County Dublin and secured a foreshore licence to facilitate surveys of the seabed to enhance understanding of the prevailing conditions at the site. Once operational, Setanta Wind Park will be capable of generating up to 1GW of renewable energy, powering over 1 million homes and offsetting up to 1 billion kgs of carbon annually.

The site location for Setanta Wind Park was chosen following a phased site selection process that considered regional resources and constraints and assessed the renewable generation capacity of the area. These assessments inform the position, size and shape of the proposed area to be surveyed and are currently in review. Once this information has been gathered, it will be used, alongside information gathered during consultation with stakeholders to further refine the site area.

Speaking about the proposed wind farm, Senator McGahon said: “I am delighted to attend this event with SSE Renewables to celebrate the renaming of this offshore wind project to Setanta Wind Park.  The development of Setanta Wind Park off the coast of Louth, Meath and North Dublin is an important step in the delivery of offshore wind and wider renewable energy targets. It is great to see the positive feedback from the community being taken into consideration and the efforts being made to involve local school children, encouraging them to explore local folklore and to learn more about renewable energy.”

A local schools’ art competition with an IT prize fund of €6,000 will also open today, in celebration of the announcement.

Students from schools in Louth, Meath East and North Dublin are invited to email their depiction of folklore legend Setanta to Deborah.coleman2@sse.com by Friday, 23 December. Schools should nominate three entries per class group to submit in the following categories:

Winners will be notified by 6 January.