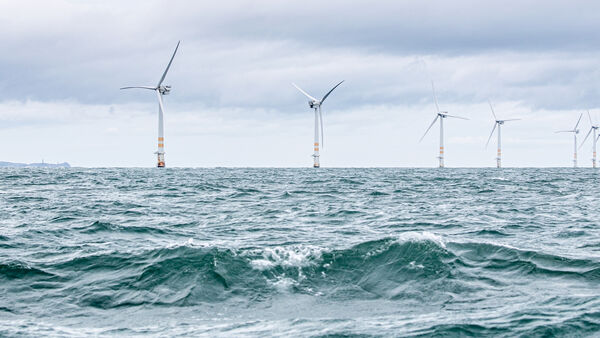 Every time a storm looks like it is about to hit Ireland, Donal Lordan should have more reasons to worry than most of us.

This is because as manager of one of the biggest wind farms in Ireland, he should have at least 38 reasons to not be too cheerful about extreme weather events. That’s the number of turbines he manages.

Most of these are up to 126 meters high – or nearly the size of two Cork County Halls on top of each other. Opened during the pandemic last year, the huge turbines that make up the ESB’s Grousemount Wind Farm on the Cork/Kerry border have – so far – managed to survive the last few storms relatively unscathed.

A former electrician who went back to college in 2008 and got a degree in electrical engineering, the 41-year-old has been with the ESB for the past 14 years. He has been involved in wind power since 2018, when he was brought in to Grousemount before it officially opened last year.

“In any severe event, safety is always a primary concern,” he said.

“We would generally evacuate the site when the winds get up over 20 metres per second, which is over 100 kilometres an hour. We just batten down the hatches, leave and monitor things remotely.”

The huge blades of the turbines are designed that – in a storm – the blades feather in such a way that the wind glances over and doesn’t damage them.

In even the worst of storms they have experienced so far – and Storm Barra barely gets a mention in the conversation – just two of the turbines went down with faults.

“They weren’t major faults,” Donal said. “They’re very robust machines designed to be sitting on top of a mountain.

“So they will survive more often than not those severe weather events, as long as they’re obviously monitored correctly.”