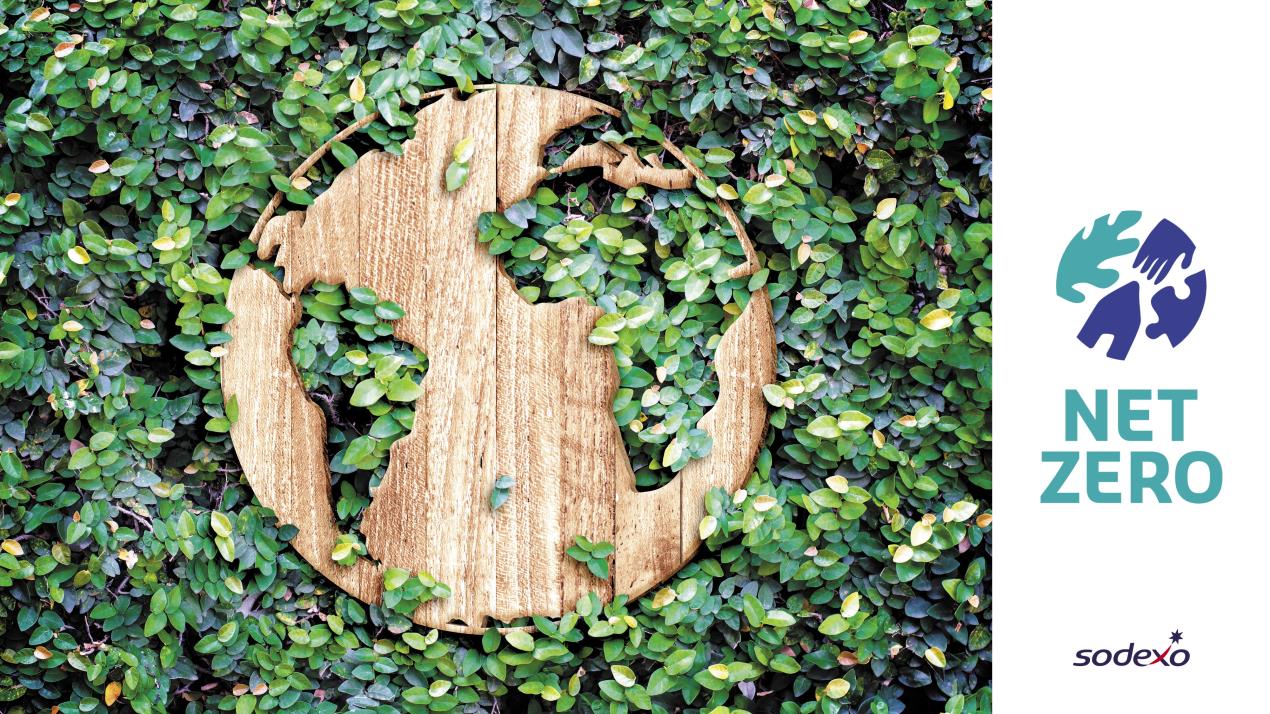 The reduction in GHG emissions has been achieved by implementing a continuous improvement strategy including the designing and introduction of a carbon trajectory tool to support the analysis of Sodexo’s GHG emissions and identifying key actions and reduction levers to reach its climate goals.

As part of this strategy Sodexo reviewed its 2017 baseline – a practice recommended by SBTi. Re-baselining gives a more accurate picture of a company’s carbon footprint, and Sodexo urges other businesses to continuously review their baseline to make sure it’s accurate and relevant for comparing current activities against. This supports transparency, authenticity and rigor.

As knowledge and systems evolve, Sodexo’s understanding of the data and how it is used has improved. This, coupled with changes in the organisational structure, have led to a revised total baseline figure of 928,160 tCO2e.

This 928,160 tCO2e represents the amount by which Sodexo needs to reduce its emissions to reach net zero.

Sodexo is on track to meet its near-term target.

By the end of its fiscal year 2022, Sodexo had reduced its emissions by one-third against the revised 2017 baseline. There was an expected dip of emissions during the pandemic and an increase of emissions since fiscal year 2021 as the organisation transitions post-pandemic. By using its data, Sodexo has determined that the energy used on client sites to deliver its services, its supply chain and employee commuting are where the majority of emissions are generated.

The following decarbonisation measures and projects have contributed to reduce Sodexo’s emissions:

Sodexo’s next key milestone in the UK & Ireland will be to reduce its GHG emissions by 55% against the 2017 baseline year across all three scopes by 2030*.

Claire Atkins Morris, Director of Corporate Responsibility at Sodexo UK & Ireland, said: “Sodexo is committed to reducing our impact; and data is fundamental to this. We are continuously looking at ways to improve how we calculate and measure our data so that we have a clear picture of our emissions and impact.

“Despite the progress we have undoubtedly made, we know there is a way to go and that it is not about mitigation, it’s about adaptation – organisations need to consider how they do business to be able to meet their commitments and make an impact.”

Sean Haley, CEO of Sodexo UK & Ireland, added: “These figures show that we are moving in the right direction toward a significant reduction in our carbon emissions. This progress is of course, in part down to the work of our team of sustainability experts whose dedication to developing and measuring our detailed action plan has kept us on course to meet our commitments. But their efforts would be for nothing if the changes and improvements being made throughout the business were not being taken up and activated by our 30,000 plus colleagues – net zero is a collective task, for which we are all responsible. It is this combined effort that enables us to live up to our social impact commitments and make a positive contribution to the communities in which we live, work, and serve.”

In November 2022, Sodexo Group announced as part of its Capital Market’s Day a commitment to reach net zero by 2040. Sodexo UK & Ireland has adjusted its roadmap and brought forward its net zero target by five years to 2040 and is currently updating this new target with the SBTi.