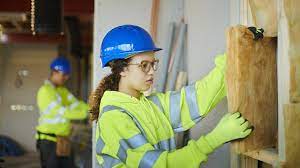 A national “war effort” on energy efficiency is required to cut energy bills, reduce climate-heating emissions and ensure energy security, according to a cross-party committee of MPs.

Boosting efficiency in homes and businesses is the fastest way to cut energy use but the government missed a “crucial window of opportunity” last summer, the report from the environmental audit committee (EAC) said. The energy bills crisis was sparked by Russia’s invasion of Ukraine in February 2022, while political turmoil in the UK resulted in three prime ministers in office between July and October.

The report called for onshore windfarms to be rapidly rolled out, for solar panels to be required on new buildings and for the government to set a date to end the licensing of new oil and gas fields. The EAC said the UK’s reliance on imported fossil fuels made it vulnerable to price shocks and that the report’s recommendations would accelerate the transition to clean energy.

The MPs said the government’s current energy strategy essentially focused only on supply. While welcoming the government’s promise of £6bn in future efficiency funding to cut demand, they said: “Those in fuel poverty cannot afford three winters of delay. It is a false economy to hold this money back at a time when households are struggling and the taxpayer is having to spend billions to subsidise energy bills.”

The report said some of the windfall tax on energy companies’ profits should be used to bring forward efficiency funding and fulfil the government’s 2019 manifesto commitment to invest £9bn in energy efficiency: “A national ‘war effort’ on energy saving and efficiency is required.”

The number of UK energy efficiency installations, such as insulating lofts and cavity walls, peaked in 2012 at 2.3m. Subsequently, the then prime minister, David Cameron, slashed efficiency programmes amid claims he wanted to get rid of the “green crap” from energy bills. By 2021, annual installations were 96% lower, at fewer than 100,000. The EAC called for at least 1m installations a year by 2025 and a target of 2.5m by 2030.

“Bold action is needed now,” said the EAC chair, Philip Dunne. “We must fix our leaky housing stock, which is a major contributor to greenhouse gas emissions, and wastes our constituents’ hard-earned cash. The government could have gone further and faster.” Ministers were split over a public information campaign on energy efficiency, which finally launched in December.

“The UK has enormous renewable energy potential and sectors such as offshore wind are booming,” Dunne said. “But more must be done to harness the opportunities which onshore wind, tidal and solar technologies provide.” Renewable sources provided 40% of the UK’s electricity in 2022 and are far cheaper than power generated by burning gas.

Jess Ralston, the head of energy at the Energy and Climate Intelligence Unit, said: “With the price of fossil fuels the main driver of the cost of living crisis, many of these recommendations are no-brainers.”

“There are also costs to not following the EAC’s recommendations,” she said. “Our analysis suggests that if the UK had adopted net zero technologies more rapidly in the past, households could have saved around £1,750 [each] on energy bills last year. And with the gas crisis set to continue until the end of this year and possibly longer, the billions spent on bailing out bill payers makes the transition away from fossil fuels even more urgent.”

Juliet Phillips, at the E3G thinktank, said: “MPs have correctly identified that accelerating the transition away from fossil fuels is the only permanent solution to solve the interlocking climate and energy crises.”

The EAC report noted that fossil fuels still provide 78% of the energy used by the UK’s buildings, vehicles and industries. But some witnesses examined by the MPs questioned whether licensing new oil and gas projects was compatible with global efforts to limit global heating to 1.5C above pre-industrial levels, in line with the Paris agreement.

The committee said the UK could demonstrate climate leadership by setting a date “well before 2050” after which no new projects would be approved. Denmark ended the licensing of oil and gas exploration in 2020.

The EAC also said companies should no longer be allowed to burn off gas: “The routine flaring of unwanted fossil gas must be banned outright, as it has been by Norway since 1971.”

A government spokeswoman said it had committed £6.6bn this parliament and a further £6bn to 2028 to make buildings more energy efficient. “With Russia weaponising energy across Europe, it is vital we boost our homegrown energy supply,” she said.