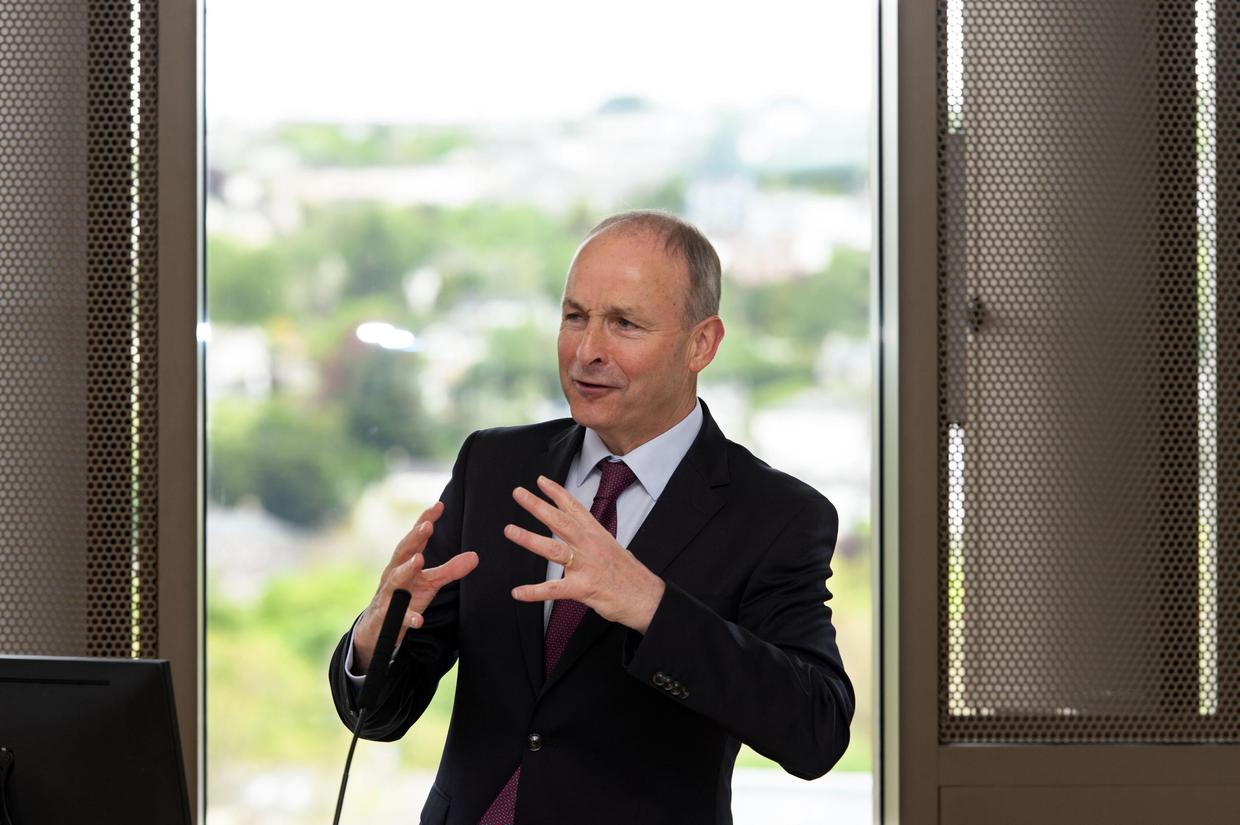 TOO many people in Ireland are oblivious to the impending climate disaster that is facing the planet, the Taoiseach has warned.

Speaking at the 2022 Dublin Climate Summit, Mr Martin said we all need to do much more and “we must do it quickly”.

“The consequences of climate change will manifest itself in huge migratory trails, and huge conflict over water and food,” Mr Martin said.

“There really is an imperative that we act now. Collectively, do people really get a sense of how serious this is? That’s a concern I’d have,” Mr Martin said.

“For a lot of people it’s still intangible. It’s in 50 years time — and then you get the whataboutery: ‘We’re just a small country, what about China?’ — but we all have to make this contribution together.”

He said there had been a recent effort to get the Government to “buckle” on the measures necessary, but it had not succumbed — an apparent reference to the increase in carbon tax that came into force on 1 May.

The climate warnings are “very stark,” Mr Martin said, and at a Cabinet subcommittee meeting this week there was a ten-minute presentation from the Climate Change Council which was grim.

“It’s very grim in terms of rising sea levels and more extreme events, such as droughts and what that does for food,” he said.

“The problems mount, and the imperative is that we act now.”

Yet the investment needed in renewables and remedies is at a scale and pace that it cannot be met by the public purse alone, he told investors, financiers and policymakers in Dublin.

The world is heading towards “an abyss,” and must be taken back from the brink in order to be habitable for our children’s children.

His own attitude was one of impatience to achieve net-zero goals.

He said: “I’m impatient to get things done, to get them moving.”

Some sectors would have to be “dragged kicking and screaming” to make their contribution, he added. But “the only direction of travel now is to double down on renewables.”

Mr Martin stressed the incentives and supports that are being created by Government to encourage the private sector to play its role.

“We need to take advantage of the unique opportunities afforded to us by our location at the Atlantic edge of the European Union — with a sea area seven times that of our landmass,” Mr Martin said.

This gave huge potential for offshore renewable energy and green hydrogen, he said.

Renewable electricity would drive not only the decarbonisation of society but also provide new jobs and more resilient, secure and sustainable energy, he said.

“Strategic public investment is vital for us to take action at the scale and at the pace that is required and the Government is committed to providing this leadership,” he said.“However the investment needs are such that it simply cannot be sustainably met by the public sector alone,” he said. The business sector is keen to play its part in meeting  this challenge, he said, and the sustainable finance agenda is advancing at a rapid pace. “The Irish government, in close cooperation with the European Union has the responsibility to guide these efforts through investments, strategy, capacity-building and incentives. “We take this responsibility very seriously.”