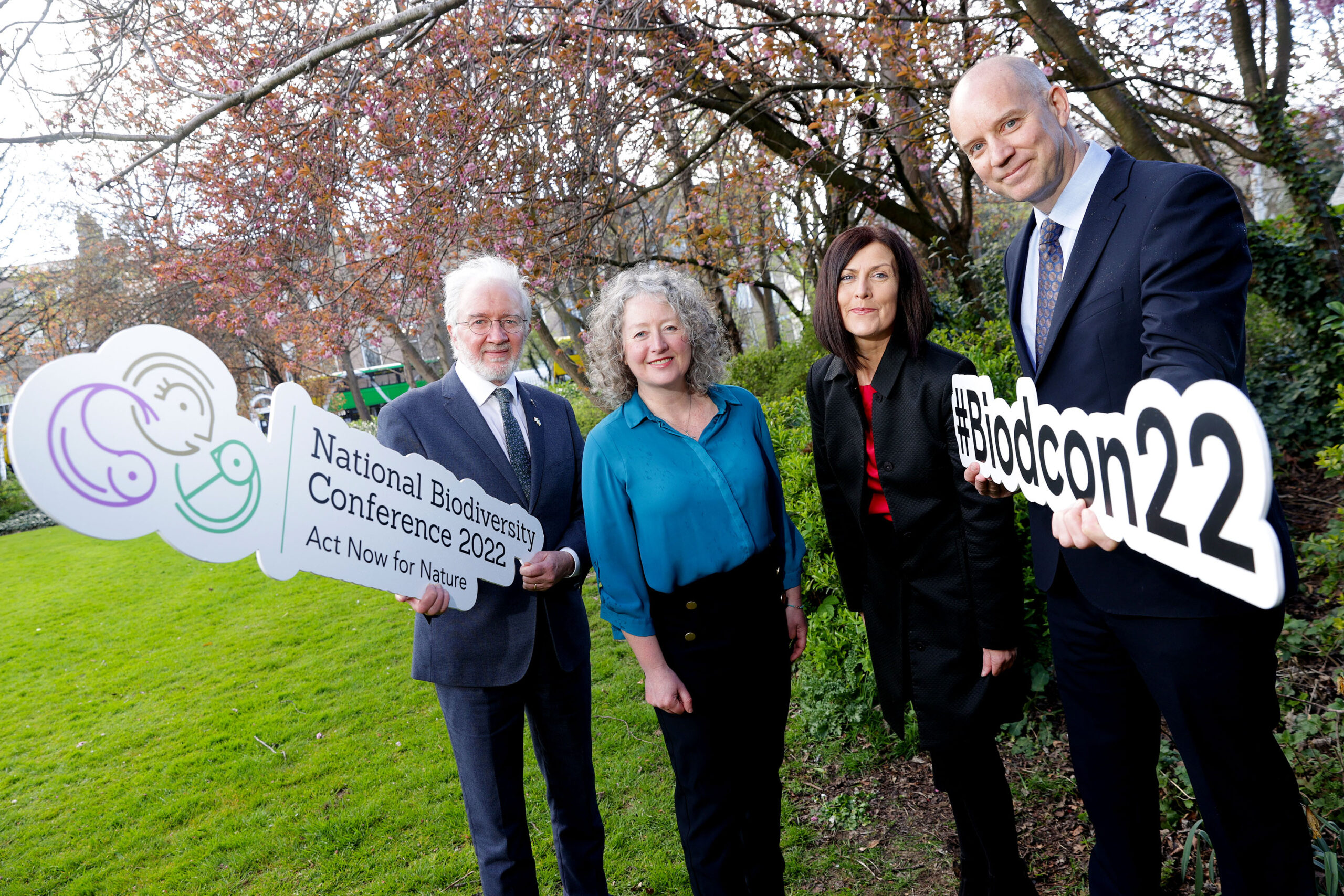 Minister of State for Heritage and Electoral Reform Malcolm Noonan TD has announced the next National Biodiversity Conference at Dublin Castle on June 8-9, 2022. The event will see national and international experts come together under the theme ‘Act Now for Nature’. The conference forms part of the Department of Housing, Local Government and Heritage’s public consultation on Ireland’s fourth National Biodiversity Action Plan, which will be implemented over a period of five years.

With a Climate and Biodiversity Emergency declared in the Dáil in 2019, we are losing global biodiversity at a rate unprecedented in human history. In Ireland, many of our protected habitats are in poor condition and 14% of assessed species are thought to be endangered. This ongoing biodiversity loss poses a threat not alone to our environment and natural heritage, but to our economy, society and to individual quality of life.

The conference is an initiative of the Department of Housing, Local Government & Heritage and its National Parks & Wildlife Service. It will bring together stakeholders from the public, private, NGO and academic sectors in order to share experiences in protecting, conserving and restoring biodiversity and offer insights to inform the next National Biodiversity Action Plan.

“This conference will form an important part of the public consultation process on the National Biodiversity Action Plan. We need a diversity of voices to come together to discuss challenges, explore solutions and establish ways to collaborate more effectively on implementation. I’d like to encourage everyone – farmers, foresters, fishers, scientists, community groups, local authorities, NGOs, State Agencies, businesses, young people and everyone else besides – to get involved.

“Biodiversity loss is a critical issue that impacts the natural world, our societies and our economies. Humans depend on nature for our survival – it is that simple. We cannot stand idly by while the web of life falls apart. Ecosystems regulate the climate, fertilise soils, purify water, produce oxygen and pollinate our crops. Many have already seen irreversible changes, including in Ireland. What’s more, nature is our first and best line of defence against climate change.

“Ireland’s next National Biodiversity Action Plan will seek urgent solutions to reverse losses, enable protection, support conservation and deliver restoration through an all-of-Government, all-of-society approach – and that means you! So I’m encouraging everyone to register for the conference, have your say on the new NBAP and help Ireland ‘act now for nature’.”

About the National Biodiversity Conference 2022

The National Biodiversity Conference 2022 will be held in Dublin Castle over two days on June 8th & 9th, in accordance with the latest Covid-19 guidelines. It will be streamed live online with a number of satellite events to highlight the importance of biodiversity in the days and weeks leading up to the event.

Last held in 2019, the sold-out conference entitled ‘New Horizons for Nature’ brought together senior international policy makers and thought leaders in the area of biodiversity, including Humberto Delgado Rosa is the director of natural capital at the European Commission’s directorate general for environment and Inger Andersen, now Under-Secretary-General of the United Nations and Executive Director of the UN Environment Programme.

Tickets for the 2022 conference will be available at www.biodiversityconference.ie where you can also register your email to be kept up to date on event announcements.
About the next National Biodiversity Action Plan