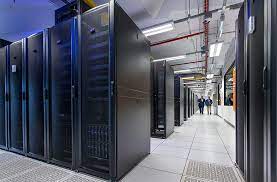 The rate of metered electricity consumption by data centres in Ireland rose by 144 per cent between 2015 and 2020, new data from the Central Statistics Office showed.

Rural dwellings in Ireland, for comparison, account for 12 per cent of all metered electricity use, while urban dwellings accounted for 22 per cent.

Data centre electricity consumption in Ireland has been the subject of contentious debate in recent months.

The move came following a data centre consultation by the Commission for Regulation of Utilities (CRU), which, though it did not recommend a moratorium explicitly, advised that there should be conditions for data centres to connect to the grid, including building their own back-up power supplies on site.