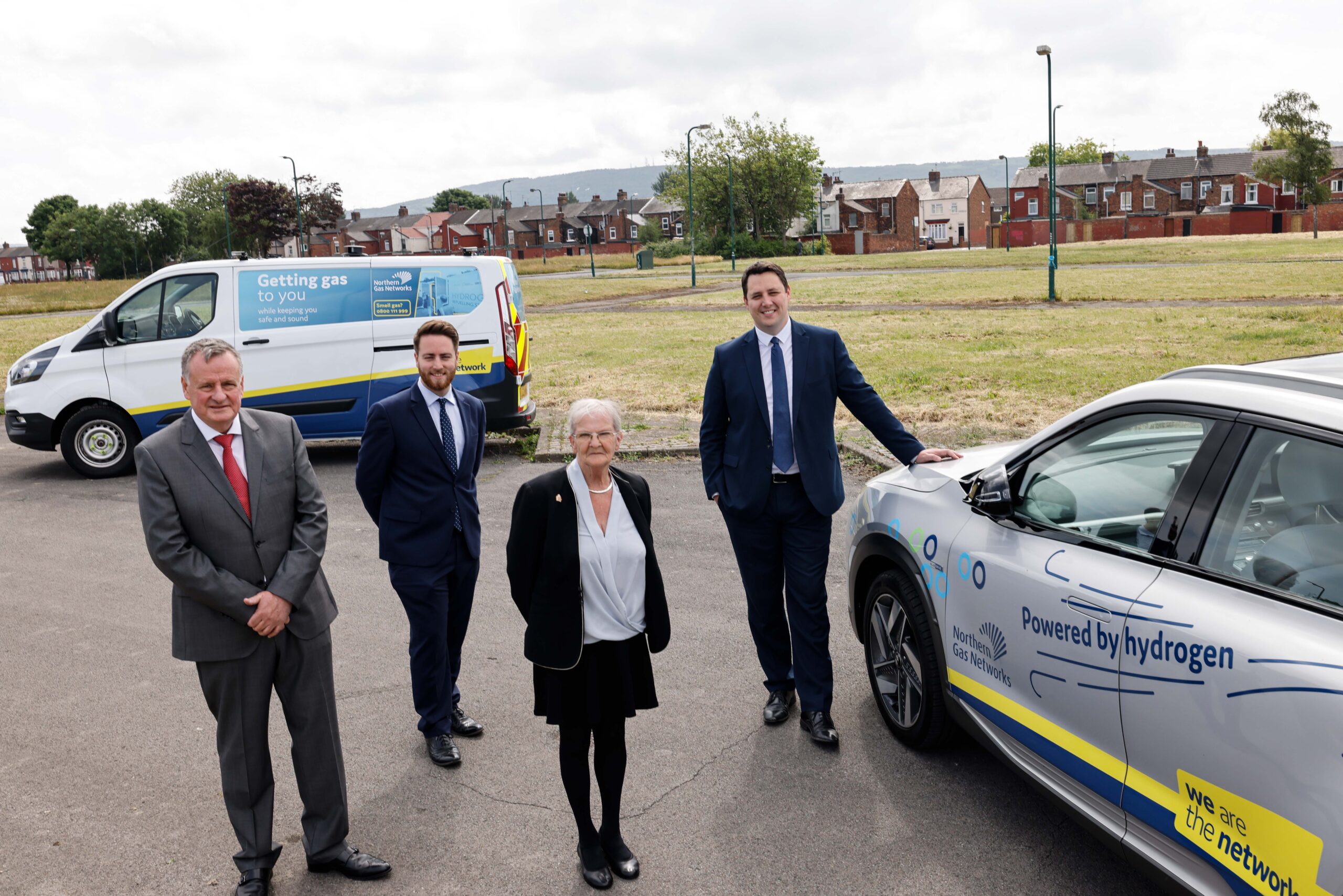 A pioneering energy project to gather vital evidence about the suitability of the gas network to transport hydrogen is to take place in the South Bank area of Middlesbrough.

Permission has been granted by Redcar and Cleveland Borough Council for Northern Gas Networks (NGN) to use an area of disused land located between Ann Street and Harcourt Road to test standard gas network procedures using hydrogen.

The UK has set a target of achieving Net Zero carbon emissions by 2050 to help reverse the impact of climate change. The natural gas currently used by the 85% of homes connected to the gas grid is responsible for over 30% of the UK’s carbon emissions.

Hydrogen produces no carbon when burned, making it a greener energy solution for heating and cooking.

The proposal for South Bank is part of the next phase of the H21 project, a major collaborative UK gas industry hydrogen programme led by NGN to assess the suitability of the UK’s gas network to carry hydrogen.

A hydrogen-fuelled gas network would make use of the vast assets which already deliver a safe, resilient and reliable source of heat and could offer the least disruptive and most cost-effective transition to Net Zero for the majority of homes.

The site was chosen because around 70 homes were demolished on the land around a decade ago, but the services are still intact including gas pipes, which are disconnected from the rest of the network.

Mark Horsley, Chief Executive Officer for Northern Gas Networks said: “The way we heat our homes has to change to meet climate change obligations and hydrogen can play a key role as it doesn’t produce any carbon when burned.

“Teesside’s vast industrial heritage and the location of other hydrogen projects in the area, including BP’s plans for hydrogen production, make it a natural home for this project and we’re delighted that Redcar and Cleveland Borough Council has approved our plans.”

Neil Travers, H21 Project Manager for Northern Gas Networks added: “At the site in the South Bank we will be carrying out all our usual day to day gas network operations using hydrogen. The work, which has been developed with the Health and Safety Executive (HSE), has already been subject to extensive research, but it’s important that that it is repeated on an existing gas network to verify our results.”

With Teesside already at the forefront of UK hydrogen production, Cllr Mary Lanigan, Leader of Redcar and Cleveland Borough Council, said: “Redcar and Cleveland is at the heart of the drive towards a low carbon economy and the Council has set an ambitious target for the area to be a carbon neutral borough by 2030.

“Northern Gas Networks’ proposal has the potential to attract national and international interest in the hydrogen industry and the challenge to decarbonise heat.  This very much aligns with the Council’s own carbon objectives.

“The site in South Bank is an ideal location to safely test the use of hydrogen in an existing gas network and I will be interested to find out more as the hydrogen energy project progresses.”

Tees Valley Mayor Ben Houchen said: “We’ve got a long list of projects in the pipeline that are putting our region at the forefront of the hydrogen revolution and this ground-breaking Northern Gas Networks scheme only serves to highlight how we’re grabbing opportunities in the clean energy sector with both hands.

“This has come on top of our other hydrogen initiatives and our low-carbon and renewable schemes taking place just a few metres away at Teesworks, including GE Renewable Energy’s massive wind turbine manufacturing facility and Net Zero Teesside’s carbon capture, utilisation and storage project. “This test has the potential to be a real game-changer for the energy industry, and it’s happening right here on Teesside. Thanks to these schemes, we’re putting ourselves on the map as a clean energy powerhouse, creating good-quality, well-paid jobs in the process.”