The City Bin Co. cleans up with savings from Energia dual fuel deal

The two-year deal will see Energia supply over 180,000 KWh of electricity and 18,000 KWh of gas annually to the waste collector’s facilities in Galway and Dublin. 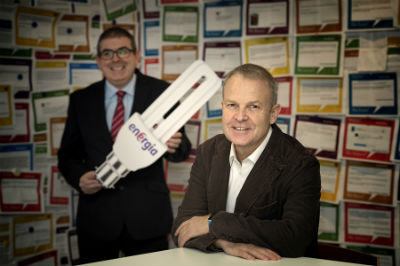 The City Bin Co. was founded in 1997 and is headquartered in Galway. Today, The City Bin Co. services businesses and homes from Galway to Dublin and has earned notable awards along the way. The City Bin Co. was the first and only company in the waste management industry to be placed on the ‘Index of Excellence’ by Excellence Ireland. They have been a Deloitte Best Managed Companies (Ireland) four years in a row as well as representing Ireland twice in the European Business Awards in the area of Customer Focus.

Gene Browne, Founder and CEO, The City Bin Co. said: “Choosing Energia for both our electricity and gas was an easy decision to make. We always look for a winning mix of competitive rates and really great customer service. We’ve found both with Energia and we know they also offer unrivalled energy expertise.”

Michael Nugent, Energia commented: “We offer the same great value energy costs and first class customer service and expertise to Irish businesses of all size and in all sectors. We’re always delighted when a business like The City Bin Co. makes the move to Energia, joining almost 60,000 other Irish businesses.

“With Energia online, customers can simply log on to a secure system and get unlimited access to analyse and interrogate their energy consumption, discover usage patterns and produce reports.”

Energia has a 26% market share of the Irish business electricity and gas market supplying the energy needs of almost 60,000 business customers. In addition to renewable assets, the company also operates a 750MW gas fired power station in north Dublin.