Dublin, Ireland, 14th September 2017 – Schneider Electric, the global specialist in energy management and automation, has appointed Mike Hughes as Zone President of the UK and Ireland. 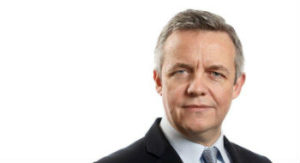 Hughes, who has worked with the company for 15 years, most recently as Executive Vice President of Segments and Strategic Customers, will be responsible for driving the region’s business at a time when organisations are seeking profitability and sustainability, amid the challenges and opportunities of the digital economy.

Hughes will report into Leonid Mukhamedov, EVP Europe Operations, Schneider Electric, who commented: “We are very pleased to be announcing Mike as President of the UK and Ireland, a key market for Schneider Electric. He brings over 25 years of industry experience to the role, and has established himself as a valued member of the organisation, growing customer relationships across multiple sectors across the globe.”

Mike Hughes, said: “I am very excited to be taking this role at such an important time for both the region and business. Now more than ever, organisations are looking to increase their overall efficiency and we are best placed to work alongside them. At Schneider Electric, we plan to deliver new and innovative services that will help organisations prepare for the rapid growth in energy, digitisation and a world of renewable, decentralised energy.”

Hughes studied Electronics and Telecommunications at the Dublin Institute of Technology, Ireland and obtained his MBA from Kingston University, London, England.