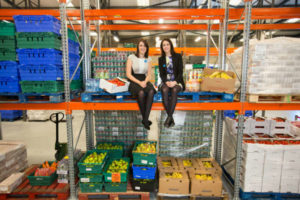 FoodCloud, an award winning Irish social enterprise, will expand in the UK with the premium retailer Waitrose. FoodCloud will pilot with 25 Waitrose branches, and if successful, will expand to all Waitrose stores through the UK. Waitrose is a leading supermarket in the UK with over 5% market share, over 350 stores and revenue of over £9,000m.

FoodCloud has developed an innovative software platform that connects stores directly with local charities ensuring good food can be rescued within communities.

Waitrose is the second UK retailer to use the FoodCloud platform to redistribute its surplus food. FoodCloud successfully expanded into the UK market in 2016 with Tesco through a partnership with UK food redistribution charity FareShare. Tesco is the largest retailer in the UK with over a quarter of the UK market share and over 3,500 stores.

The partnership was launched in February 2016, and in less than a year, FoodCloud have facilitated the redistribution of 5 million meals from Tesco stores across the UK. Over 3,300 community groups and charities have benefited from donations of good quality surplus food. 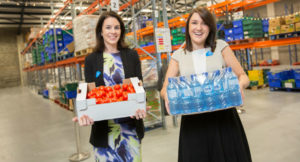 Tesco has ambitious targets to ensure no food that is safe for human consumption goes to waste inside Tesco’s UK operations by the end of 2017. Over 1,000 UK Tesco stores are now using the FoodCloud platform to donate their surplus food.

FoodCloud’s world class technology has enabled it to rapidly scale. In 2016, FoodCloud grew from 200 donating stores to over 1,200 across the UK and Ireland, on-boarded on average 70 stores per month since 2015.

FoodCloud have ambitious growth targets for 2017. Work is already underway to bring on a further 1,800 Tesco convenience stores in 2017.

FoodCloud CEO Iseult Ward, who was named this week as one of Forbes 30 under 30 European Class of 2017, said: ‘Continuing from our success with Irish retailer partners, including Tesco Ireland and Aldi, we are delighted that Tesco UK have redistributed over 5 million meals in less than a year. We are excited to also have the opportunity to work with Waitrose in 2017 and benefit more communities across the UK.’